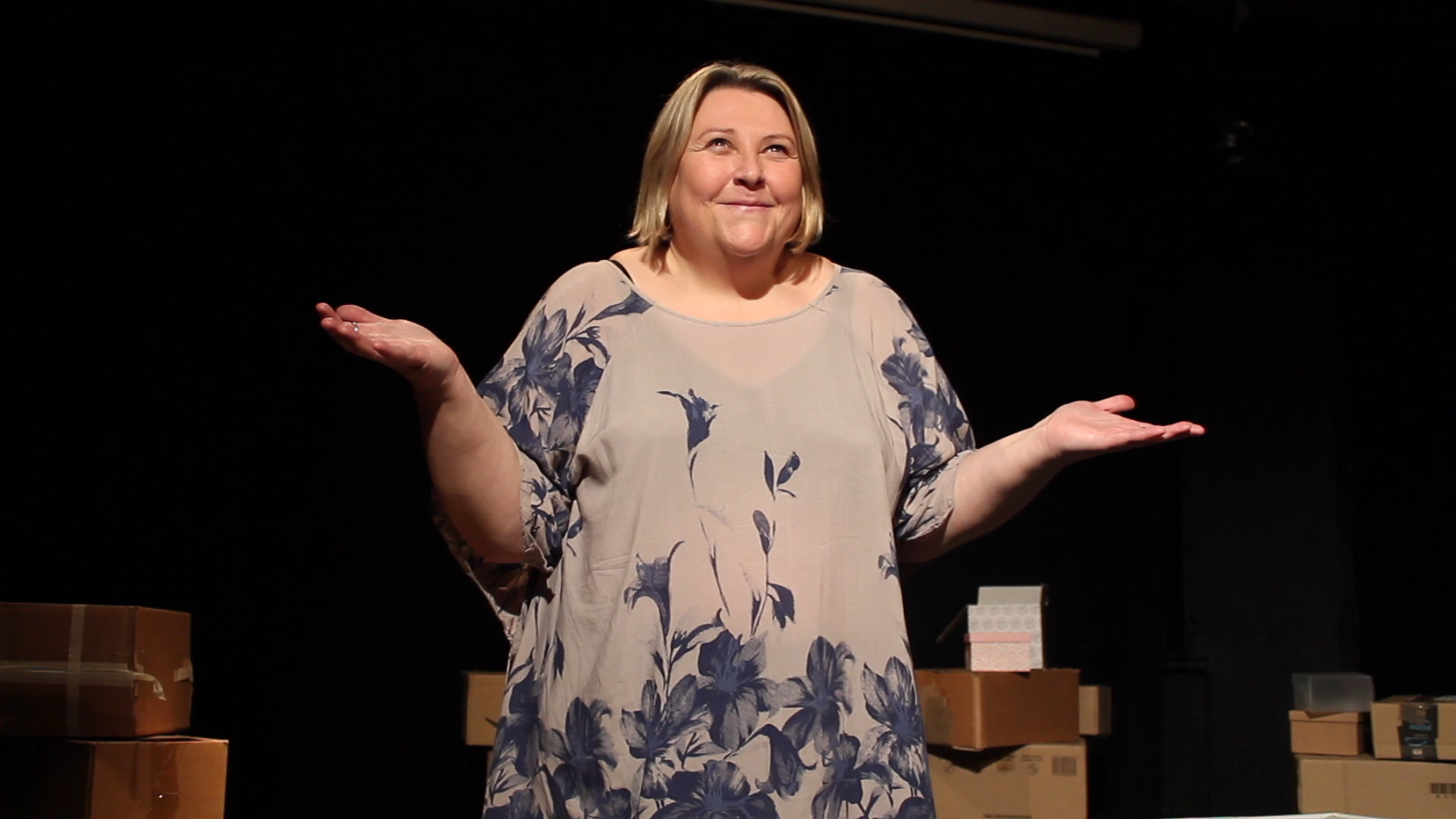 Laugh and cry with Joann Condon (Little Britain) in her comedic and inspirational one woman-show.
“A joyful delve into one woman’s life, celebrating the successes, the heartbreak, and everything in between.” The Plays the Thing
LITTLE BOXES is a comedic and inspiring one-woman show, written by and starring Joann Condon (Little Britain, The Last Letter from your Lover, Dad’s Army: The Lost Episodes, Cradle to Grave, The Office) as she explores the boxes she has found herself in throughout life: The hopes and dreams of a child, the frustrations of an acting career, the tensions of parenthood, the grief in losing loved ones, the fear of being… herself.
Described as “funny, touching and at times heartbreaking,” by London Pub Theatres, Joann uses personal anecdotes to highlight assumptions and judgements made about her based-on looks, age, gender and background. These are common experiences most of us can relate to. “It’s natural for people in our lives to want to force us into nice little boxes,” says Condon, “but the scary thing is, after a period of time, you end up putting yourself in that same box.’
5 stars “Hilarious, moving, sad and uplifting” The Spy in the Stalls
5 stars ‘An inspiring piece of theatre’ Fairy Powered Productions
4 stars “Ticks all the right boxes” London Pub Theatres
4 stars “Charmingly comedic” Theatre Weekly
4 stars ‘Makes you look at people and your own life and question’ Broadway Baby
4 stars “Achingly funny” LondonTheatre1
“Condon is hilarious” The Plays the Thing
2020 OffWestEnd Short-run Commendation

The event is finished.

We will be happy to hear your thoughts

Disclaimer
Events Alert does not endorse or take liability for the accuracy of the information. All information available has been provided by the poster which might be inaccurate. We advise everyone to verify the accuracy of the event information personally at the local level. If any event listed here seems misleading or fake, kindly inform us as soon as possible at info@eventsalert.org.
Newsletter Signup
Important Links